Poverty in India: A Little TV Tonight? Your Shelter or Mine?

Note: Poverty in India is part of a travel blog that I wrote during an extended business trip to India. I spent two months in New Delhi as my employer implemented a new business unit in two of its call centers. In addition to my professional work, I took time to study Hindi, an effort that fostered greater co-operation and trust among my Indian business associates. It also helped me better understand the culture. We believe that language opens a gateway to understanding culture. These pages focus on my observations and experiences in India. While I was there, I practiced Walkabout Language Learning. See the list of "More India Stories" on this page to explore how culture and language intertwine.

Talk about poverty in India. This is a picture I took of some homeless children at the market. They were begging for money and I asked them to pose for some pictures. After I took their pictures, I gave them a coin or two. The two girls shadowed me for half an hour. They kept tapping my arm and elbow with their soft, tiny hands then turning them palm up begging for money. 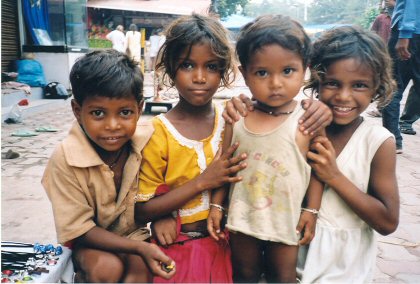 My heart went out to them as I thought of their desperate situation. Poverty in India is so widespread, that it seemed impossible to help them out in a lasting way. They only stopped when a shopkeeper shooed them away. Although, I was relieved, it broke my heart watching him treat these homeless children as one might a stray dog.

The following letter, while lighthearted in tone, underscores the enormity of the problem of poverty in India. Hundreds of thousands of homeless children live with their families on the sides of India's roads. I've seen poverty. I've sat in grass huts in the Solomon Islands, I've walked the street of Cairo, I've been to Mexico city, but I've never seen poverty like I've seen it in India. It makes me grateful for a roof over my head, but I wonder if there isn't more we can do to help reduce world hunger.

Roadsides Are Flanked by Poverty In India

By far the most entertaining thing about India is the traffic. Every ride is an adventure, and going places is always an exotic journey. I have tried to do other things in the car, like study Hindi or do work related things, but it is no use. The commute time is far too interesting for me to concentrate on anything else.

To help you understand the fascination about commuting in India, let me give this analogy. There is a large homeless population in India. People's entire lives are going on right beside the road. (Literally beside the road: as I have noticed large fields with no homeless people in them, while grassy strips that flank the roadways are teeming with India’s impoverished, I conclude that the large fields must be privately owned and that the places beside the road are public lands.)

Imagine, if you will, what would happen if you took the walls off all the houses in your local neighborhood and drove through the neighborhood. What would you see? People cooking dinner, flossing their teeth, watching TV, scolding their children, beating their dogs. The possibilities are endless. This is India's daily commute.


I travel home around midnight every night and you would think that there would be little to see at this hour, but even then there are amazing sights. The cover of night unveils a picture of poverty in India that is difficult to imagine. The poorest of the poor repose beside the road. Some have make-shift shelters made of tarps or cardboard, but many prefer to slumber outside with only night wrapped over them.

One homeless clan, for example has ten or twelve cots parallel parked along the street under the light of a bright street lamp. Petite, bone-slender bodies one or two to a cot lie under an assorted collection of blankets with black haired heads pointing toward the street. It is hard to pick them out in the dark, but thousands of homeless children lie beside India's roads.

Less affluent family clans spread blankets on cement sidewalks. Neither the roar of trucks, nor the din of horns (although there are fewer horns at night) seems to disturb their slumbers. 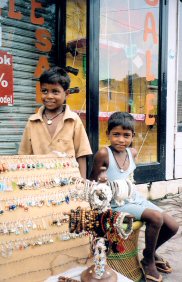 By far the most surprising sight spotted on one of my nightly commutes was a large color TV. Seen through the open end of the inverted V of a family tarp, figures flickered on a television screen. Don't ask me what they plug it into, or what kind of channel line up they receive. What do the neighbors say? "The Kumar's just got a color TV, should we go over and watch a little TV?" What happens during the Monsoon? Surely, it must get a little wet...

It was an odd sight to see. Who would imagine such a thing? The accompanying reflections about homelessness and poverty in India are far more disturbing ... A roof over your head, a bed instead of cement, a color TV that doesn’t get rained on, these are blessings indeed.

As I reflect on the pictures on this page and the face that they put on poverty in India, it makes me want to do something. The poverty I saw in India was heart-wrenching.

← Previous: Explore the Taj Mahal in a Unique Way 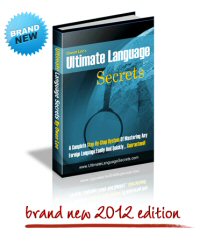 You've learned about Walkabout language learning. Want more ideas about how to learn languages faster and easier? Owen Lee speaks half a dozen languages. He gives you tons of ideas in Ultimate Language Secrets.


Leslie, at Your Language Guide has read this book and she thinks that it has fantastic ideas about language learning. Plus, we love the free Beyond Languages book that he includes. Read the full review.

Do you have a story about poverty in India?

Have you observed cases of poverty in India? Perhaps you have suggestions that could improve conditions. Maybe you have ideas about why poverty is such a problem, or just a different perspective on the issue. We'd love to hear your thoughts.

What Other Visitors Have Said

Click below to see contributions from other visitors to this page...

If you educate poor people, then they can learn manners and skills that can get them jobs. In this way, the poor families can be fed by at least one member …

Return from Poverty in India to Language Lore