Revival of Cuban Jews in Havana: Small, but Vibrant Community

Note: Cuban Jews is part of a travel blog that we wrote during a humanitarian mission to Cuba. We are convinced that language opens a gateway to understanding culture. These pages focus on the culture of a country that has been relatively isolated for a half century. Our visit offered an opportunity to explore a place that few of our countrymen have seen. While we were there, we practiced Walkabout Language Learning to improve our Spanish and spent time with Cubans through a Jewish medical mission and informal encounters in Havana. See the list of "More Cuba Stories" on this page to explore how culture and language intertwine.

Jewish Cuba isn't on the Havana tourist circuit. Cuban Jews are not a group even hinted at in Lonely Planet Cuba or Michelin's Havana Must Sees. 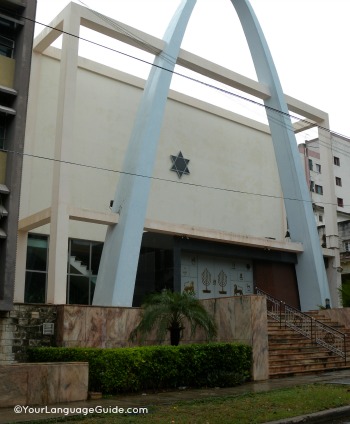 No wonder: today, Jews are a tenth of what they were in 1959 -- an estimated 1,500 (of which 1,100 live in Havana), compared to 15,000 before the revolution. There's no visible Jewish part of the city, no streets of Jewish merchants. Its two cemeteries -- United Hebrew Congregation's Centro Macabeo of Cuba and the smaller Sephardic cemetery -- are tiny compared to Havana's vast (and tourist-A-list) Cementario de Cristóbal Colón.

Why the precipitous decline of Cuban Jews? No mystery here, we tell ourselves: anti-Semitism! What else?

We are a group of seven Americans in Havana to deliver medical supplies to synagogue-sponsored clinics. We are visiting all three synagogues in Havana. At each, the men and women in charge tell the same story: no, Cuba is not anti-Semitic. That's not a problem here, either historically or now. "Really?" we ask. That's hard to believe.

"It's economics, not anti-Semitism," they explain: in 1961 and 1962, Castro nationalized the country's businesses, industry, and farms. As a result, Cuba's middle class -- businessmen and professionals, which included most Cuban Jews -- fled the country.

Interestingly enough, the only business Castro left in private hands in all of Cuba was the kosher butcher shop in Havana, and though he nationalized all public religious institutions, he allowed the Albert Einstein School to continue its classes on Jewish history, Hebrew, and Yiddish.

By 1989, Cuba's Jewish population had dropped to 685. The daily minyan (a quorum of ten Jewish adults required for certain religious obligations) generally consisted of seven elderly men and three Torah scrolls, placed on chairs in a small chapel. The last rabbi had moved away. Jewish families observed Shabbat and major holidays in their own homes. The cemeteries suffered from lack of care. 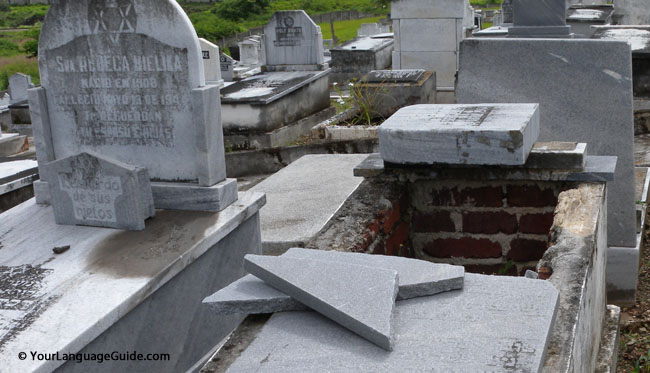 Cemeteries suffered after a decline in the Jewish population.
Ann Marshall

Then, in 1992, Cuba revised its constitution, granting greater freedom of worship. Inside Cuba, Jews began to practice their religion more openly; aid -- both money and spiritual help -- from Jewish communities around the world began to pour in, most conspicuously from the United States.

The sign below summarizes the sentiments that we encountered in Cuba. 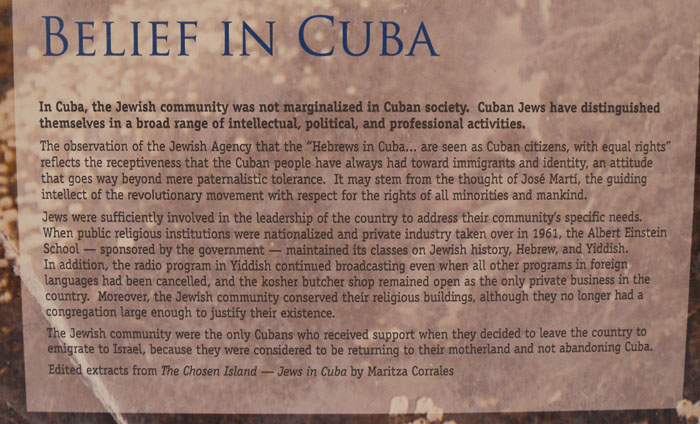 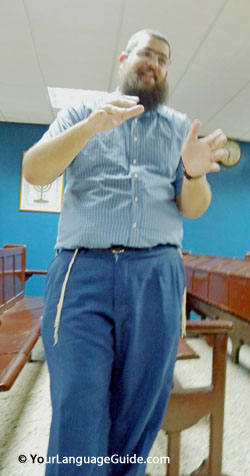 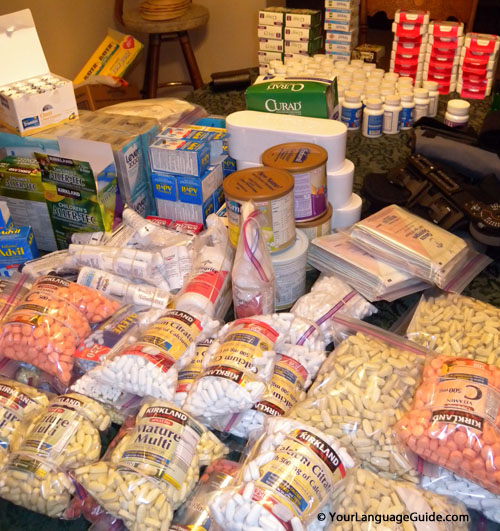 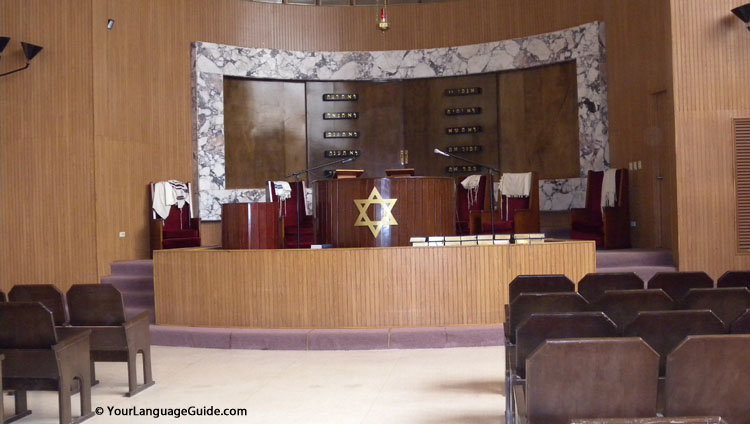 "I am a Jew who believes in miracles. I have seen a miracle happen with rebuilding this community. Now I see that the Cuban Jewish community is the same that I come from. Size doesn't matter; commitment, passion, heart and faith are what really matter. From an early age, I was taught these words in Hebrew, Tikkun Olam, which means that we must always work to improve the world, and what better place to start than within the Jewish community. It is therefore a wonderful miracle that I'm seeing here." 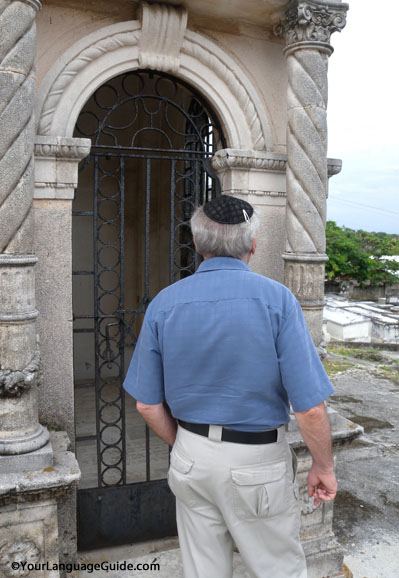 Previous: Intrigue Sizzles in the Air

Return from Revival of Cuban Jews in Havana to Language Lore