Note: Life in Cuba is part of a travel blog that we wrote during a humanitarian mission to Cuba. We are convinced that language opens a gateway to understanding culture. These pages focus on the culture of a country that has been relatively isolated for a half century. Our visit offered an opportunity to explore a place that few of our countrymen have seen. While we were there, we practiced Walkabout Language Learning to improve our Spanish and spent time with Cubans through a Jewish medical mission and informal encounters in Havana. See the list of "More Cuba Stories" on this page to explore how culture and language intertwine.

I used to think of life in Cuba as politics, power, and . . . of course, romance: wild music and exotic night life; Hemingway and Jose Martí sugar, rum, and cigars; Che and Fidel; the U.S. blockade and Bay of Pigs; American imperialism hand-in-hand with Cuban despots.

Mostly, Cuba came to symbolize forbidden fruit: our government ruled it off limits, though it's only 90 miles from our shores. That alone shot Cuba to the top of my bucket list. Besides, Cuba last year drew 2.5 million tourists, most of them Canadians and Europeans, few Americans -- it's about time we Americans get to see life in Cuba for ourselves.

Moreover, I've been intrigued by Cuba since my undergraduate days, when, as an editor on the student newspaper, we followed events in Cuba as if Fidel and Che were Big Men On our Campus. The Cuban revolution held out hope for oppressed people everywhere.

Cuba has had 53 years of Fidel's, and now, Raul Castro's rule. For those who stayed, is life in Cuba better than it was in 1958? Has their brand of socialism succeeded?

My credentials for assessing Cuba's socioeconomic status today are all of the following: my wife and I were in Cuba for all of 8 days. We were two in a tour group of 7 Americans bringing medical supplies to Jewish clinics. We had a set itinerary with full days, an English-speaking guide and our own driver. We stayed in fancy hotels: Melia Cohiba in Havana, Melia las Dunas off the coast of Santa Clara on Cayo Santa María. We peered out at Cuba from a bubble of privilege.

And Now, the Highlights of Life in Cuba

UNESCO supporting restoration. You can see the buildings crumbling from years of neglect.
Ann Marshall

With that thick resume, let me chance a few observations about life in Cuba today. Four things struck us most.

Havana in particular suffers from years of neglect and decay

This city by the sea once glittered with a smorgasbord of architectural styles and eras -- from the Spanish colonial days to 1950s modernism. Sadly, so many of the old granddames are simply crumbling away; some have collapsed into piles of rubble. Life in Cuba has been hard on them.

At least there's hope: Havana is a UNESCO World Heritage Site, and a massive restoration effort is in progress. We can only pray that enough funds will be forthcoming before too many more jewels decline beyond repair. 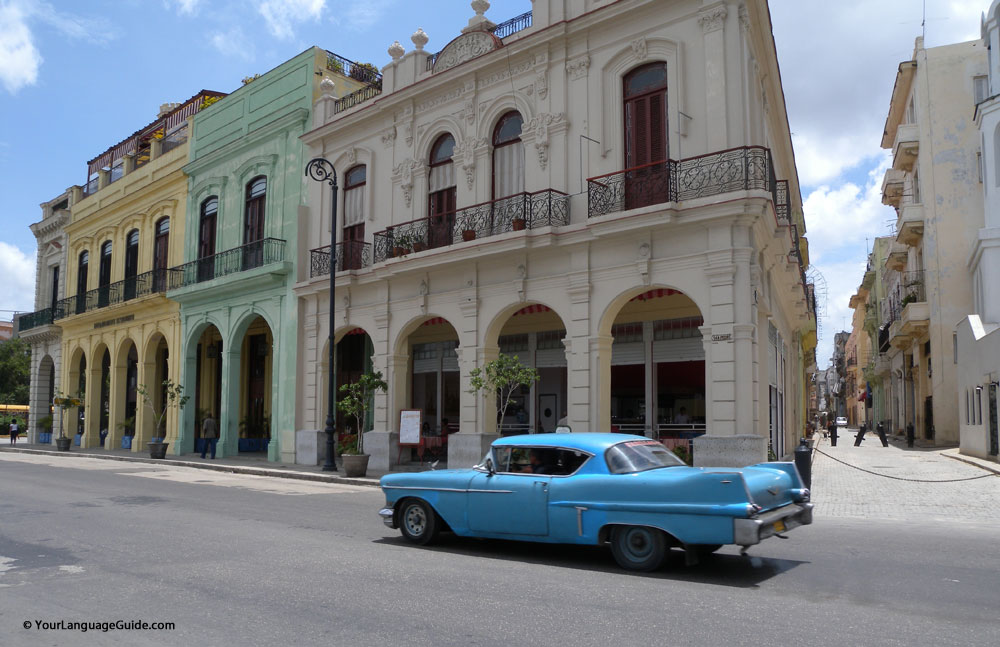 No bright neon here or store windows with Day-Glo banners shouting this week's specials. No cacophony of careening vehicles and piercing horns. No sidewalks awash in scurrying crowds or made impassible by bustling sidewalk cafes. And, surprisingly enough, no lively Cuban music blares from every street corner.

Havana is unexpectedly quiet and unhurried, especially for a national capital. What a striking contrast from other cities we have visited in Latin America! For many visitors, that must be disappointing. I found this fact about life in Cuba today a blessing.

Cubans show a remarkable ability to make do with so little

How men can restore and maintain a fleet of pre-1959 American cars in the face of a 50-year-long blockade that denies them replacement parts is truly awe-inspiring and likely one of the most colorful facts about life in Cuba. Surely that ability to cope extends far beyond the preservation of automobiles. What an ingenious, persistent people!

The entrepreneurial spirit is missing in action

As a commercial center, Havana seems anything but Latin America. Shops are poorly stocked, goods badly displayed. That's if you can find the stores at all: none do anything to attract your attention: no signs, no window displays, no sidewalk salesmen inviting you inside. Street vendors and hawkers? None! Even the museums don't capitalize on their attractions -- a museum gift shop? What's that? Surprisingly, even the central marketplace and the fledgling artisan markets are miniscule compared to those in mid-sized cities in Mexico and Peru.

There's a solid historical reason, of course: Castro's government confiscated all private business and put it in the hands of government. It outlawed entrepreneurism. The result: the economy of Cuba went into free fall. It still hasn't climbed out. 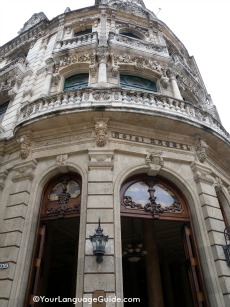 On the other hand, changes are creeping in: new laws permit some private enterprise (though people tell us the required governmental paperwork is daunting) -- paradors (private restaurants) and casas particulares (tourist rooms in private homes) have sprouted. We find small cafes at rest stops on the highway. Many of those old classic American cars serve their owners as taxicabs.

But here's our real discovery: to begin to make sense of Havana -- and all of Cuba, I suspect -- we need to explore it on foot, to wander unhurried through its narrow streets and byways. Everywhere we went, we sensed a vibrant world just beyond reach. We found a few gems hidden along these narrow streets, tucked away in half-shuttered buildings and all but invisible for lack of an identifying sign. We needed months, not days, to begin to see what life in Cuba is like.

As for the Cubans themselves?

Cuba has no free press. Scores of dissidents who have dared challenge the government have been jailed. The state rules with a heavy hand. Make no mistake: Cuba today is not a free society.

Billboards touting Che and the revolution are everywhere. Yet, no armed soldiers patrol the streets. We came upon no checkpoints. No minders restricted our movements: we went everywhere we wanted to go -- except, ironically, into our guide's home . . . and onto the sidewalk fronting the United States "Interest Section" building (the U.S. version of an American embassy in a country where we have no "official" relationship). The guards hired by America shoo you away from the sidewalk around the fenced building.

Reminder in the marketplace: 53 years of victories.
Ann Marshall

Local folks told us of rampant poverty in Cuba, of professionals who moonlight in the tourist industry because they can't make a living on their government salaries. But we didn't see beggars in the streets -- as we do in Las Vegas -- and no one living beneath the bridges.

More facts about life in Cuba? The Cuban government subsidizes food, housing and utilities. Education, including university level, is free. Cuba has a 99.8 percent literacy rate; classroom size is 12-1. By contrast, in Nevada we've cut funding for public education again this year; in Las Vegas, some classroom teacher-pupil ratios have swollen to 35-1.

From the beginning, the revolutionary government set health care as a priority. Today, Cuba has 70,000 qualified doctors; the whole of Africa has 50,000. Population of Cuba: 11.2 million; population of Africa: 1.1 billion. Medical care is free in Cuba -- though people do complain of longs waits for specialty care, and of the need to supplement the struggling physicians' pay with gifts. And worse: of deteriorating facilities and the lack of medicines. Thus, the need for us bring medical supplies to Jewish sponsored clinics.

We do know from the Jews we've met -- and we met many -- that freedom of religion is not merely a slogan here; Jews, at least, not only practice at will, they insist Cuba is free of anti-Semitism.

In short: 53 years after the revolution, Communism in Cuba lives on -- under its own dynasty of Cuban dictators. Paradise it ain't, friends, but it shimmers with promise. It's a fascinating place.

With its designation in 1982 as a UNESCO World Heritage Site, Old Havana (La Habana Vieja) joined the ranks of places around the world deemed of "outstanding universal value."

Since 1982, restoration of Old Havana has proceeded apace. Though much restoration remains to be done, great strides have been made to return Havana to its original splendor -- thanks in part to the UNESCO designation and the tireless efforts of Cuban citizens, led by Eusebio Leal, director of the Havana Historian's Office.

UNESCO (the United Nations Educational, Scientific and Cultural Organization) has named 962 sites in 157 countries to its list. Sites are selected that:

Previous: On visiting with locals in Havana . . . and Hanoi

Next: End the blockade

Return from Life in Cuba Today: 53 Years of Progress? to Language Lore