Note: Cuba attractions is part of a travel blog that we wrote during a humanitarian mission to Cuba. We are convinced that language opens a gateway to understanding culture. These pages focus on the culture of a country that has been relatively isolated for a half century. Our visit offered an opportunity to explore a place that few of our countrymen have seen. While we were there, we practiced Walkabout Language Learning to improve our Spanish and spent time with Cubans through a Jewish medical mission and informal encounters in Havana. See the list of "More Cuba Stories" on this page to explore how culture and language intertwine. 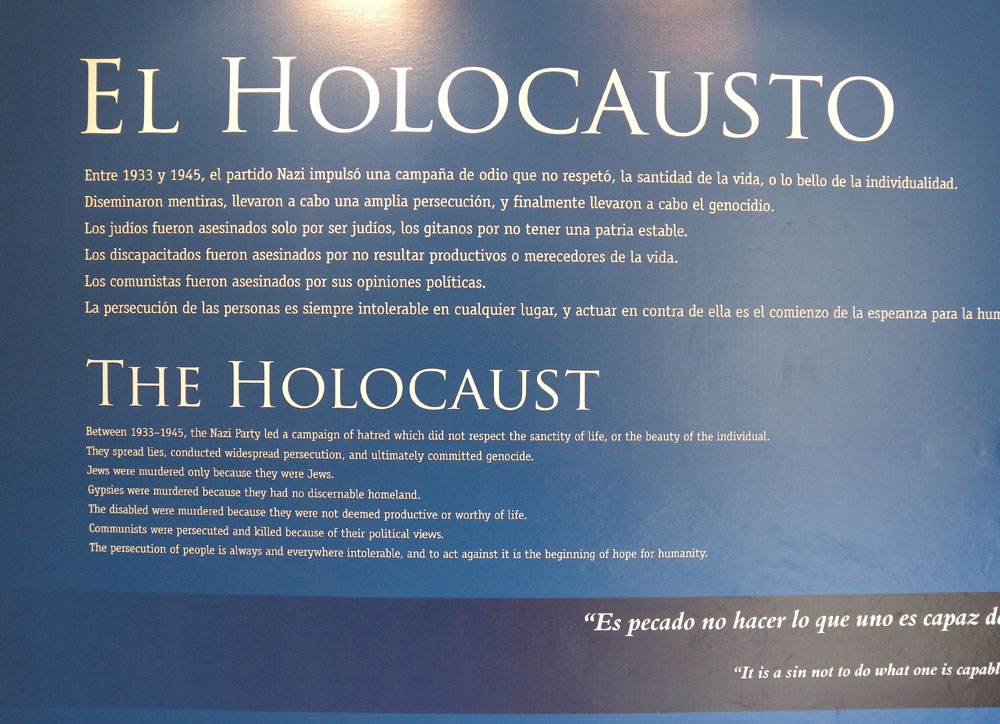 Two little-known Cuba attractions sent us spiraling back to remember accounts of genocide: 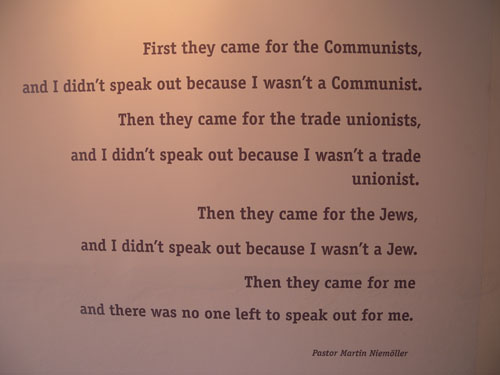 How unexpected that two Cuba attractions would bring us face-to-face with memories of genocide.

We are a group of seven Americans in Havana to deliver medical supplies to synagogue-sponsored clinics. Of the group, only Ann and I are not Jewish. We're beginning to understand at a personal level how the Holocaust lives on, not only as history, but as family heritages in so many people's lives. These Cuba attractions memorialize that heritage.

In Havana, the Holocaust is the subject of a first rate, though small, exhibit at Templo Sefaradi, one of Havana's three synagogues.

The Shame of the St. Louis 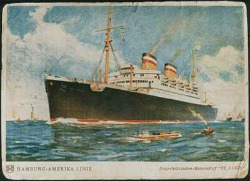 One panel of the exhibit reminds us of the tragedy of 938 Jews who fled Europe in 1939 aboard the St. Louis, a transatlantic ocean liner. Cuban authorities allowed 28 to stay, but turned away the rest -- as did the United States. Eventually, 288 were granted entry to Great Britain; all but one survived the war. Of the 620 passengers forced to return to the continent, 87 managed to emigrate before Germany conquered Europe in 1940. Of the remaining 532, half survived; 254 died in the concentration camps.

The Templo Sefaradi exhibit ties Cuba -- and the U.S. -- directly to the Holocaust. The St. Louis sailed from Havana and passed close enough to Florida that its passengers could see the lights of Miami. Their pleas for refuge in the U.S. were again denied. The ship sailed for Europe on June 6, 1939 -- five years to the day before the allied forces invaded Europe at Normandy on "D-Day."

The Shameful Voyage Of the MS St. Louis 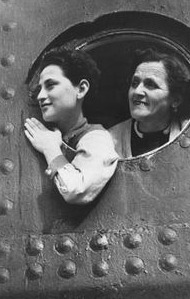 Cuba, too, played its role in the Nazi program against Jews. Its footnote in history is the voyage of the MS St. Louis, a German transatlantic ocean liner. In brief: 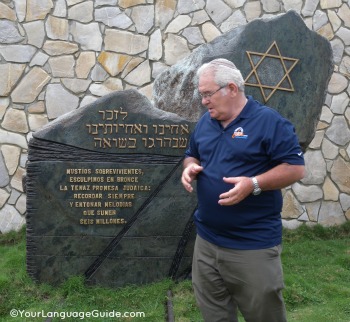 In Santa Clara, a city of 210,000 about 170 miles east of Havana, we meet David Tacher, leader of the local Jewish community -- a group of 30 adults -- and drop off our second donation of medical supplies. This synagogue is a remodeled unit of a 3-story row house -- narrow, small, clearly built for a family, not for religious gatherings. The first two floors house sanctuary and meeting rooms. The roof-top third floor is under renovation; here, beneath the sky, members gather for social events.

Tacher recounts the synagogue's history. His Spanish is sonorous, commanding, and phrased in convenient sound bites; he has told this story before. Mirelys, our Cuban tour guide for the week, translates. Tacher obviously is pleased with his synagogue's progress -- it has been a struggle.

Later, at the Santa Clara Jewish cemetery, Tacher introduces us to "the newest Holocaust memorial in the Western hemisphere," then delivers a heartfelt sermon on never forgetting that terrible event. Mirelys again translates. She didn't need to; Tacher's tone conveys the meaning. Sobering, these little known Cuba attractions.

The stone memorial is small, but elegant. Two tracks lead from the ground up the stone: they represent the train tracks that ended at the death camps. A brick path wends from the memorial toward the gravestones of the cemetery: several of the bricks are from the streets of the Warsaw ghetto, donated by the U.S. Holocaust Memorial Museum, and set in place by the synagogue's youth.

A Marriage of Convenience

Over breakfast the next morning, the Holocaust hangs over our heads like the drizzly sky. But Shaindle Schmuckler, who organized this tour, renews our spirits with a family story that ties the Holocaust directly to her own life, a Holocaust story with a happy ending.

In 1937, Shaindle's mother was one of a number of single Jewish-American women who went to Europe on a rescue mission. The plan: they would each marry a Polish Jew, thus giving him legal status to immigrate to the U.S. Then, once they got back to the U.S., they would annul these marriages of convenience. The women would go on with their lives; the men would be free of Hitler, free to build life anew in America.

She got to Poland. She found her arranged mate. They married and headed for freedom.

"But in Paris, they fell in lust," Shaindle tells us. "They consummated their 'marriage'."

Imagine explaining that to her parents! Or worse, to her American fiancé! And worse yet, all three were waiting at the dock when the "newlyweds'" ship pulled into port.

Yep, talk about complications: she had been engaged before she left on her mission.

The family archives didn't record those two conversations, only that one branch of the family tree made a sharp turn that year. That "short-term" marriage lasted fifty years.

But the marriage also left personal reminders of the Holocaust for Shaindle and her offspring: the gold star her father wore that marked him as a Jew; his Nazi-issued ID; a ration card. These are a family's tangible keepsakes of their own heritage . . . and of events that made their very lives possible. The Nazis murdered millions of men and women, primarily Jews. We less often think of the countless unborn souls for whom the Holocaust denied even a chance at life. Shaindle, her children, and now her grandchildren, are among the fortunate ones.